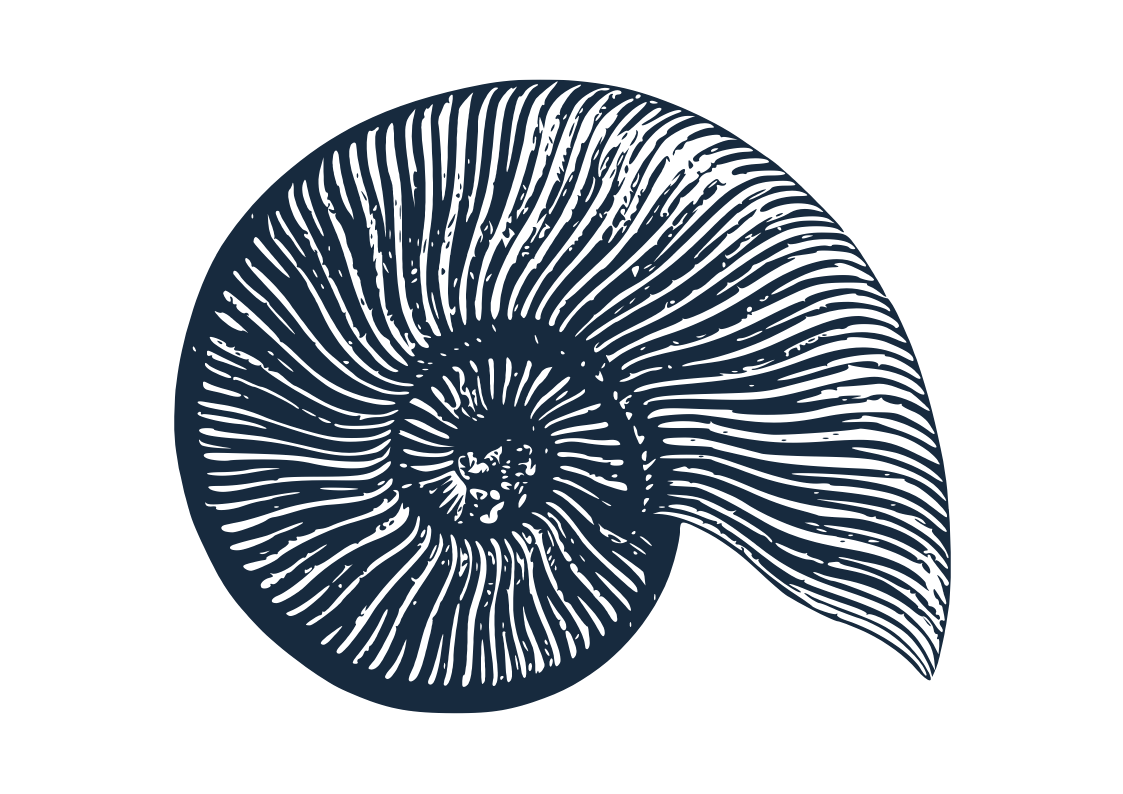 Lyme Regis is famous for its geology, fossils and its unparalleled role in the birth of the earth sciences. Fossil remains of sea creatures from the Jurassic seas of 180 million years ago can be found here.

On these beaches one of Lyme’s most famous citizens, Mary Anning, discovered the first complete ichthyosaur to be found in England. In 1805 her friends, the three Philpot sisters moved to the area and lived here at The Mariners while collecting fossils, for which they later became famous. The museum in the town dedicated to their discoveries – The Lyme Regis Philpot Museum.

The remains of ichthyosaurs, plesiosaurs and other incredible sea creatures are still found along the beaches in Lyme Regis. However the spiral shaped ammonite is a much more common find, and with patience and a bit of luck you’ll be able to find your own fossil in the rock pools or among the shingle.

On Monmouth Beach to right of the Cobb you should be able to see some particularly impressive ammonites, with some being one metre across, at low tides.

Find your own fossil

Fossil hunting can be undertaken throughout the year, although the winter and spring tend to yield a greater volume of finds along coastal stretches due to the scouring action of the wind, rain and rough seas. Always go collecting on a falling tide to ensure you don’t get caught out by the sea.

Take a guided tour, explore the beach with expert Fossil Hunters Paddy Howe and Chris Andrew and collect your own fossils to take home. Walk in the footsteps of Mary Anning, hear about the amazing fossils discovered in Lyme Regis and the fascinating geology of the Jurassic Coast.

Walks start from outside the front of Lyme Regis Philpot Museum and last approx. 3 hours. Booking is recommended, especially during school holidays. Tickets are £12 for adults and £6 for children. Tickets can be booked directly with the museum.

If you decide to just have go at finding a fossil yourself, never try to remove fossils from cliffs and only go collecting on a falling tide to ensure you don’t get caught out by the sea.